What Is Psychedelic Drugs Addiction?

Hallucinogens, also called psychedelic drugs, create a range of perceptual distortions and various psychological symptoms. This can be appealing to some people making them suffer from psychedelic drugs addiction.

The blotters are often printed with images or designs, and a specific supply of Lysergic acid diethylamide may be called by the design that appears on the blotter papers, such as “Bart Simpsons” or “Blue UnicornsW.”

Methods of Use of Hallucinogens 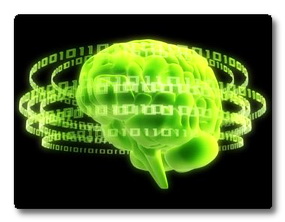 Hallucinogens include LSD, peyote, mescaline (which is the active component of peyote), psilocybin, DMA, DOM, DMT, 2C-B, 2C-T7, and Ayahuasca

The chemicals in Spice mimic the effects of LSD and Meth

Effects of Hallucinogens on the Central Nervous System

The way that acid and other hallucinogenic drugs affect the central nervous system is not clearly understood, but acid molecules are structurally similar to the neurotransmitter called serotonin and seem to have an affect on the serotonin system.

Serotonin helps regulate important body functions such as sensation, sleep, attention, and mood. Hallucinogenic effects on the serotonin system may help explain how the drugs alter those body functions.

Hallucinogenic drugs produce hallucinatory experiences ranging from visual distortions and illusions to multiple hallucinations and even severe panic (during “bad trips”). Effects last from hours to days. Some of the effects of hallucinogen intoxication may last for months, such as the visual “trailing” effect in which moving objects seem to leave visual traces behind. Flashbacks, or spontaneous reoccurrence of hallucinatory effects, may continue to occur long after the drug was used.

Some individuals may experience spontaneous recurrence of the hallucinations experienced during use. These can occur even during drug-free periods, up to several months following the use.

Individuals who use hallucinogens may become delirious or psychotic. Depressive disorders often occur following the use of these substances. In a few individuals, a single, extremely frightening experience can cause severe long-term problems with a dramatic decrease in their ability to function normally.

Effects of withdrawal from hallucinogenic drugs have not been clearly established because these drugs do not seem to be physically addictive. They are, however, psychologically addictive because users feel emotionally dependent on taking them.