Sedative dependence is a very serious condition. All sedatives are addictive tablets that can cause physiological and psychological dependence when taken regularly over a period of time, even at therapeutic doses.

Dependent users may get withdrawal symptoms ranging from restlessness and insomnia to convulsions and death.

When users become psychologically dependent, they feel as if they need the drug to function, although physical dependence does not necessarily occur, particularly with a short course of use.

In both types of dependencies, finding and using the sedative becomes the focus in life. Both physical and psychological dependence can be treated with therapy.

A sedative is a substance that induces sedation by reducing irritability or excitement.

Doctors often administer sedatives to patients in order to dull the patient’s anxiety related to painful or anxiety-provoking procedures.

Although sedatives do not relieve pain in themselves, they can be a useful adjunct to analgesics in preparing patients for surgery, and are commonly given to patients before they are anaesthetized, or before other highly uncomfortable and invasive procedures like cardiac catheterization, colonoscopy or MRI.

They increase tractability and compliance of children or troublesome or demanding patients.

Patients in intensive care units are almost always sedated (unless they are unconscious from their condition anyway).

Doses of sedatives such as benzodiazepines when used as a hypnotic to induce sleep tend to be higher than those used to relieve anxiety where as only low doses are needed to provide calming sedative effects.

Sedatives (addictive tablets) can be abused to produce an overly-calming effect (alcohol being the classic and most common sedating drug).

At high doses or when they are abused, many of sedative drugs can cause unconsciousness and even death.

However, advances in pharmacology have permitted more specific targeting of receptors. Same goes for greater selectivity of agents, which necessitates greater precision when describing these agents and their effects:

Lorazepam is one such pharmacological agent that can cause anterograde amnesia. Intensive care unit patients who receive higher doses over longer periods of time, typically via IV drip, are more likely to experience such side effects. 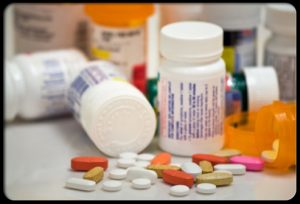 Signs and Symptoms of Sedative Dependence

The strongest indicator of a sedative addiction is the inability to stop thinking about the medication. However, a wide range of behavioral, physical, and psychological symptoms are also present.