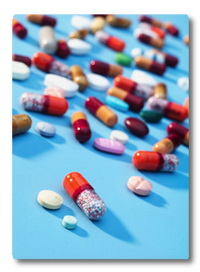 Patients are strongly discouraged from trying to detox on their own. This “cold turkey” method can be dangerous, leading to seizures, spikes in blood pressure and convulsions. Withdrawal symptoms can be more intense among those who’ve taken opioids long term and for those who’ve abused the drugs. RAI was proven as a safe, pain free and comfortable way to get detoxed and start an opiates and opioid free life. Opijatska addiction can be treated successfully.